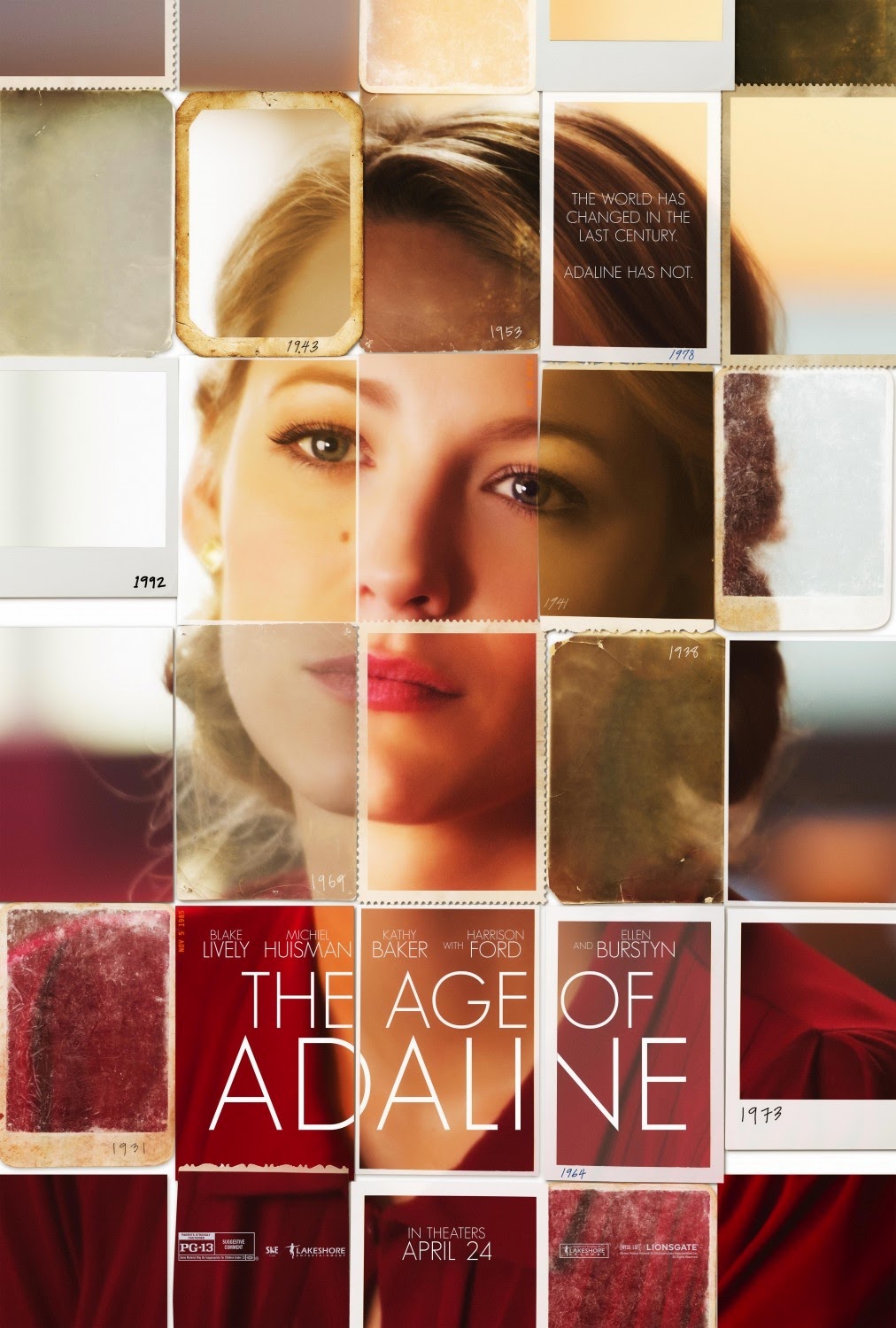 Not to be confused with The Age of Ultron, even though this does start with a fairy tale/sci-fi quality to it. I wish it had keep that feel throughout the film.

The premise is interesting enough, but the themes aren't exactly new. After an accident Adaline learns she no longer ages. To avoid being captured and studied, she moves around a lot and changes her identity frequently, but always manages to come back to San Francisco. You'd think anyone looking for her would just keep an eye out in SF for someone that looks like her. It doesn't help that she has a few distinguishing physical characteristics that would give her away.

I like how she used her limitless time to learn. She knew many languages, was a student of history and had all kinds of skills. I'd like to think that if anyone had this kind of time, you'd use it to improve in a similar fashion. Then again, a good majority of us don't use our time like this. How many 80-90 year olds can you think of that can speak lots of languages and remember all kinds of trivia? I guess her condition would allow her to stay sharp though.

The film seemed to care more about showing you how it's really a lonely, miserable experience instead. Everyone you've ever known continues to grow old and die. Can you risk falling in love under those circumstances? It's a tough thing to deal with, for sure, but the movie starts to drag as it repeats this theme over and over.

Blake Lively was charming, but a little flat. I think that's just how she comes off to me. Maybe cold is a better way to describe her. It probably didn't help that her character was kind of a dick. When she meets a guy, she quickly blows them off, sometimes very rudely. If you're so worried about hurting feelings or leading someone on, why not just wear a fake wedding ring to scare off most potential suitors. Hell, she had a wedding ring as she was married before this all happened to her. Nobody needs to know he died a long time ago. Just tell them you're married and then move on. Seems like a simple solution to a complex problem. This guy won't take no for an answer though and just wears her down. When I do that, it's called 'stalking'.

I'd be a little worried about hooking up, too. What if you catch something and you're stuck with it forever.

I also thought it was odd that she appeared to get the same type of dog over and over. You're worried about the heartbreak of falling in love, but you're willing to put yourself through the loss of a dog every few years?

Then, there's a 'twist' towards the end that give the film a super icky quality, and I couldn't take it seriously at all from that point.

It's a okay enough movie. A little too sad and creepy to be a good date movie. Judging by the crowd I saw it with, it seems like something you'd maybe want to take your grandparents to see.