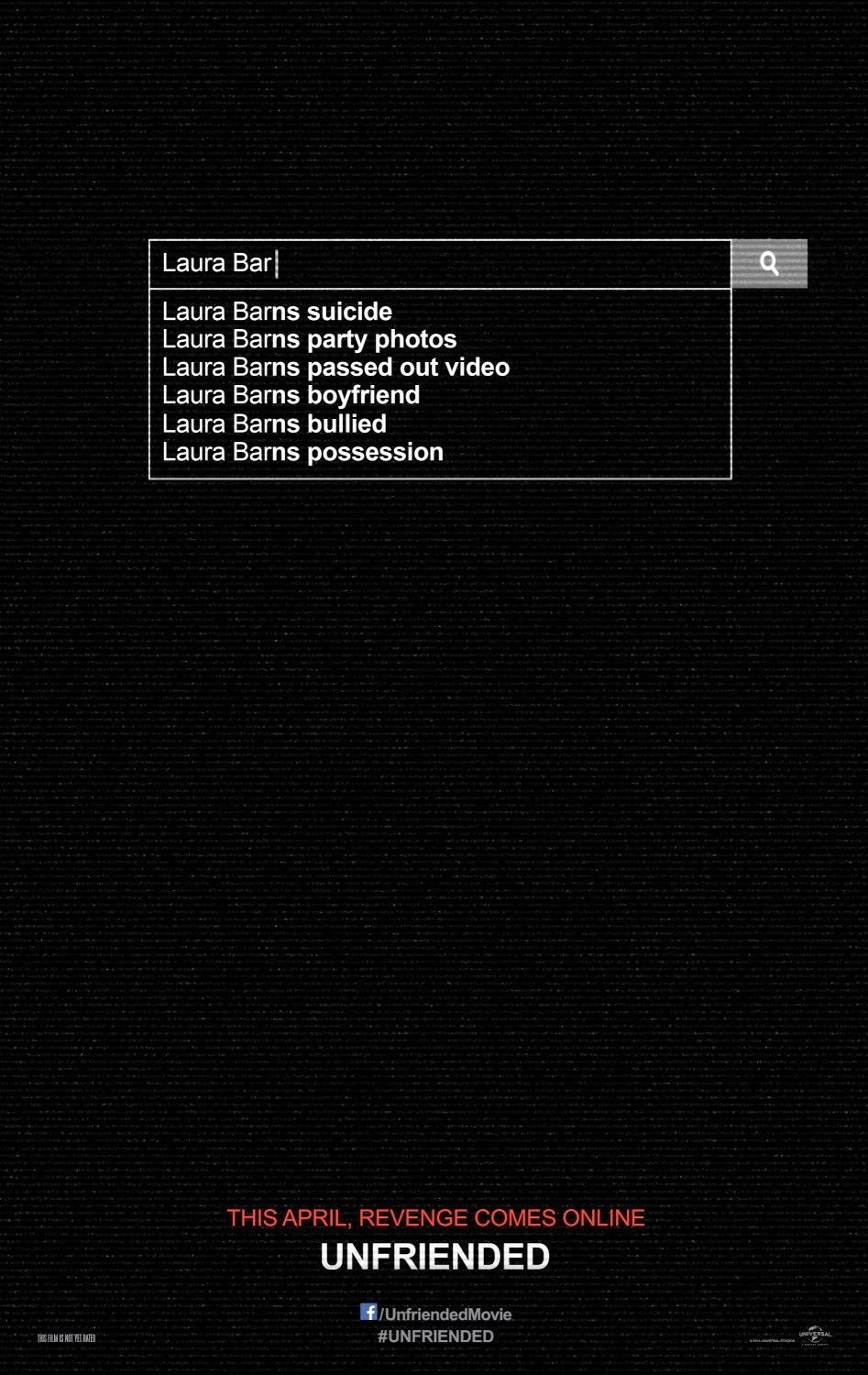 As stupid as the name is, and as bad as the trailer looked, I have to admit that Unfriended wasn't that bad. It's not the least bit scary, but it was surprisingly effective with its gimmick. It also serves as an anti-bullying message. Be nice to people or a cyberghost is going kill you on Skype. I'm not sure that's the product placement Skype is going for.

Did you all see that Modern Family episode a while back where the entire episode was done through FaceTime and various devices? This is pretty much the movie version of that, only with dire consequences.

This would have worked really well as a episode of the Twilight Zone or something similar. It's mercifully short at just 82 minutes, and even then it probably should have been about 10 minutes shorter as it starts to drag a bit towards the end. Tighten up the editing, make time for commercials, and there you go.

I don't think the gimmick is going to hold up even a few years from now, but I'm sure it won't stop a bunch of copycat films. The technology will change and improve, so a lot of the stuff they do here will look really dated. There's a lot of glitching out and video issues used for effect. You'll watch this years from now and go, "It's been forever since my video did that, srsly!" "OMG! Nobody uses Skype anymore! Everyone uses BananaChatDeluxe." Like there's a scene where a character tries to get help from some rando on Chatroulette. Is that still a thing people use?

As far as the characters go, they were all fairly annoying and unlikeable, which for teens is basically the default. The cast itself was fine, and wouldn't be surprised to see a few of these guys pop up in other stuff down the line. As the story unfolds, you realize these aren't the greatest people, so when they start losing their shit over what's happening, it's kind of funny to see and strangely satisfying.

Unfriended isn't something you need to rush out and see in the theater, but I think fun enough to get some friends together and watch MST3K/Rifftrax-style.