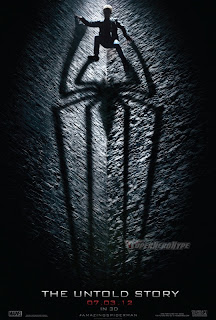 If'you're wondering why we are getting a reboot so soon after the previous trilogy, it comes down to one thing: money.  Basically, if Sony doesn't have a Spider-Man movie out or in production by a certain date, the rights will revert back to Marvel/Disney, and they can't let that happen.  The same is also true with the X-Men franchise and Fox, which is why X-Men: First Class was rushed out so quickly. Because of this, we get a totally unnecessary reboot of the Spider-Man franchise just a few years after Spider-Man 3.  After watching The Amazing Spider-Man, I hope Warner Brothers rethinks their idea to reboot Batman after Nolan's trilogy

This review might be a little spoilery, but to be honest, if you've seen the trailer and you've seen any of the other Spider-Man movies, I really won't be spoiling anything to you.  I feel like only minor details have been changed.  Some for the better, and some for the worst.  Also, I'm not someone that's intimately familiar with the Spider-Man comics (I was more of an X-Men and Superman guy), so I won't be making a lot of comparisons there, just the things I've aware of from over the years.  But again, since I'm talking largely about the plot, you might just want to skip to the end if you plan on seeing this soon.

The movie begins by introducing you to Peter Parker's father, Richard (Campbell Scott).  After discovering a break-in to their house, he and Peter's mother scramble into hiding, leaving Peter to be taken care of by his Uncle Ben (Martin Sheen) and Aunt May (Sally Field).  We fast forward to Peter (Andrew Garfield) now in high school, who's more of a brooding loner now.  He's bullied by many of the students, including Flash Thompson, and has a huge, borderline stalker crush on classmate, Gwen Stacy (Emma Stone).

When cleaning out the basement, Peter finds his father's old briefcase and documents that link him back his former partner, Dr. Curt Connors (Rhys Ifans), who works at OsCorp.  Peter goes to OsCorp and is bitten by a genetically modified spider.  Peter almost instantly starts to develop his abilities and becomes Spider-Man.

This part felt dragged out as it's a good hour before anything substantial happens in the movie.  When he does start to develop his powers, they seem to gloss over many details very quickly, like the creation of his costume, and his mechanical web shooters.  Much was made about the fact that in the first Spider-Man trilogy, he has organic web shooters, rather than the mechanical shooters from the comics.  The significance of this was Peter Parker in the comics had a genius-level intellect and invented both the web shooters and the web formula.  However, in the movie, while he invents the shooters, the web formula he stole from OsCorp, so it seems odd that they would go the mechanical web shooter route, but then not have him responsible for the actual web formula.  One of consistent themes in the Spider-Man books has been Peter running out of web-fluid or having issues with his web shooters at crucial times, but they don't take advantage of that in The Amazing Spider-Man either, so again, it just a minor point that they brought back the mechanical web shooters, and then not use them as used in the comics.

As an aside, Peter Parker was always portrayed has having limited financial means, and I believe there was an issue where I think Tony Stark advised Peter that he'd be rich if he would just patent and sell some of his inventions, his web fluid being one of them.

Anyway, back to the story.  When meeting with Dr. Connors, Peter shows him an equation from his father's work that helps Connor's current project.  They are able to regenerate the missing limb of a rat, and this has particular interest to Dr. Connors, as he is missing part of his right arm.  Connors is forced to experiment on himself and becomes The Lizard.

The Lizard is one of the weaknesses of the film.  Once Dr. Connors becomes The Lizard, he has some kind of plan, but they never really go into details about it.  They don't show you much about his motivation and you don't really care.  I didn't find any fault with Rhys Ifans' performance, but there's just not enough of a backstory between him and Peter Parker to make for their fighting to have any weight or significance.  It all just felt like an afterthought. Plus, I thought the CG-for The Lizard looked really bad in parts.  The Lizard's face didn't look menacing at all and kind of silly at times.

I didn't mind Andrew Garfield as Peter Parker/Spider-Man, but I felt his character came off poorly.  Besides the brooding, I never felt like he was the nerdy everyman that you got with Tobey Maguire's portrayal.  Garfield's Parker wasn't as sympathetic and seemed unlikable in many ways.  He was always kind of biting everyone's head off when talking to them, and didn't seem to have much of a bond with his Aunt and Uncle.  When Uncle Ben dies, it just doesn't have the same weight.  Also, Uncle Ben's death is done in a way that's less tragic and Peter really isn't responsible for like he was in the first film.  Peter seems to be motivated solely by revenge for most of the movie, where in the first trilogy this is reconciled much sooner.

I thought Emma Stone was great as Gwen Stacy though. She really carries the chemistry between her and Garfield, where I thought Garfield was too awkward at times.  I do think this is where Marc Webb's direction came into play.  I was a big fan of (500) Days of Summer and I thought he would at least get the young romance right and I feel like he did.  Overall, I think Marc Webb did a good job directing, but I think he was victim to an underwritten script.  The screenplay by James Vanderbilt, Alvin Sargent, and Steve Cloves (once again, three writers...ugh) is too uneven and misses many of the points that made the first Spider-Man work.  While many of you may be happy that this does feature more of Spider-Man's during-fight banter, the movie as a whole is missing the fun and innocence of the earlier films.

As far as the rest of the cast, I also thought Dennis Leary was good as Captain Stacy, and I really enjoyed Martin Sheen and Sally Field as Uncle Ben and Aunt May.  It seems like it's been a few years since we've seen Sally Field on the big screen and it was good to see here back up there.

Oh, and I hate to keep bringing up 2002's Spider-Man (I'm watching it as I write this review), but did you realize that True Blood's Joe Manganiello played Flash Thompson?

One of the upgrades to this reboot is that technology is better now, so they were able to have a much more realistic and fluid looking Spider-Man.  The action sequences are very good.  Also, they used something called the RED camera, which is a high-end, digital, HD camera.  The colors are super vibrant and you really can see every detail.  Overall, the movie looked great.  I just wish there had been a little more action here to sink my teeth into.  The movie was too slowly paced to tell a story we are already familiar with.  I actually found it kind of boring at times.

Oh, and a friend asked me to count how many times Spider-Man removes his mask.  Here's what I recall:

1 - Removes it while saving a kid to ease the kid's fear.  (Acceptable to me)
2 - Casually removed while waiting in the sewers for The Lizard to show up.  (Lame but at least no bystanders would be able to see him.
3 - Removed voluntarily while in a fight with The Lizard at a school where there are potentially lots of people around still. (Dumb)
4 - Removed by the police when captured.  (Maybe don't get captured next time.  Don't you have, like, super-human abilities?)
5 - Removed by the Lizard during a fight.  (Seemed unnecessary as The Lizard was already aware that Peter Parker was Spider-Man at that point)

Additionally, he reveals to Gwen Stacy almost right away that he's Spider-Man, at then she seems to pursue him more than he pursues her.  So much for using your secret identity to protect those close to you.

The Amazing Spider-Man is a great looking film, with a nice cast, some decent performances and action, but it's just too soon for a reboot.  The characters are underwritten and movie is too slowly paced.  It seems inexcusable to reboot a franchise after such a short period of time, and then not really do anything new or particularly great with it.  If you've never seen a Spider-Man film, it's an okay place to start, but this is not an upgrade over Spider-Man or Spider-Man 2.  I'd say it's worth a matinee if you're dying to see it, but I think this better suited to watching at home on your HD-TV.