My thoughts on Disney's purchase of Star Wars. 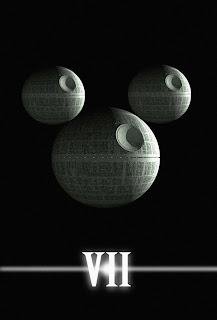 I'm sure by now you've heard the news of Disney's $4 billion purchase of LucasFilm and their plans on making several new Star Wars films.  Once this news was announced, I received a blitz of texts and messages about it.  I guess when you're internet persona has "Vader" in the name, or if you've ever seen the inside of my place, it's not difficult to assume I would be heavily invested in the Star Wars Universe.

From strictly a fanboy perspective, I'm all for more Star Wars films.  I'm glad the franchise isn't going fade away, and will be allowed to continue on past George Lucas. Hopefully the universe will continue similar to the way Star Trek's did even after Gene Roddenberry's passing. Maybe we'll get Star Wars: The Next Generation.

I posted this on Twitter yesterday, but for those of you that think that Disney is somehow going to ruin Star Wars, you do realize that Lucas already did that over a decade ago, right?  Unless you're one of the people out there that actually think the prequels were good films and are even in the same league as the original trilogy.  If you are one of those people, then you're either under the age of 15, or are...how should I put this...dumb.  Either way you need to be educated.  Please start with the fantastic Plinkett/RedLetterMedia reviews of the prequel films.  Yeah, they're a little long, but if you want a detailed explanation of why the prequels are flawed (and that's putting it mildly), you're not going to find anything better.

It looks like some of the videos aren't working, so you can try to view them on Youtube.

They don't seem to have a Episode III playlist on their YouTube page, but if you do a search for 'redlettermedia revenge of the sith', you'll find them.

There's a part of me that wishes they could take this opportunity to remake the prequel trilogy, but that might be too much of a slap in the face to Lucas.  Maybe this also might get that us that un-altered version of the original trilogy on Blu-Ray us purists have been asking for.  I imagine there are certain things as part of the deal that Disney may not be allow to touch or contradict, so who knows what we'll see down the line.

Oh, and another point about Disney.  A lot of people had the same complaint about Disney purchasing Marvel and ruining them, too, but then we got this little film called The Avengers.  Maybe you heard of it?  Disney's involvement with Marvel has shown that as long as you get passionate and knowledgeable people involved, you're going to be okay.

All kidding aside, I love George Lucas.  He gave us Star Wars and the universe I've enjoyed for over 30 years.  However, as a filmmaker, he has his limitations, particularly when it comes to screenwriting and directing.  The strongest films in the series are the ones where he didn't have full control, and more people were involved.  I hope that now under the Disney umbrella this opens up involvement with some of their related studios.  Could you imagine a joint Pixar/LucasFilm collaboration?  Or, someone like Brad Bird directing a Star Wars film?  Maybe this even opens up the universe to letting someone like Kevin Smith take a crack at it. 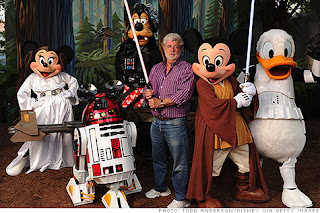 Plus, you have a very rich Expanded Universe to draw from.  Not everything in the Star Wars universe has to be about the Skywalkers or the Solos.  There are hundreds of books, comics and characters to draw from.  Rogue Squadron anyone?  A group of elite X-Wing pilots doing the dirty work?  How about some movies set in the Knights of the Old Republic timeframe?  If you've played the first Knights of the Old Republic (KOTOR) game, you know what a fun story that was.  Check out these scenes from The Old Republic MMO.

After watching those videos, do you really not think that this is a universe just waiting to be expanded on the big screen, or there aren't new characters that people will care about?  If you must have some link to the original trilogy, you could fast forward and deal with the descendants of Luke, Leia and Han.  There are dozens of books about their children.  You could even have some cameos from the original cast, like Mark Hamill appearing as the elder statesman - the new Yoda - of the new Jedi Order.

There's been talk for years about a Star Wars TV show, and this seems like something that's much more of a possibility now, especially with Disney owning ABC.  How about the adventures of a young Han Solo, told Firefly-style detailing his early years in the Imperial Navy, meeting Chewbacca and then transitioning to the smuggler we all know and love.  You can interweave this showing the rise of Boba Fett as the galaxy's top bounty hunter, his competition with other bounty hunters, and run-ins with Han Solo over the years.  With an ongoing series this also allows for one-shot episodes catching us up with Obi-Wan hiding out on Tatooine, showing the Emperor tightening his grip on the galaxy, or even having an occasional episode featuring Darth Vader hunting down a Jedi in hiding.  The possibilities are endless.

I'm sure many of you are thinking, "What about Timothy Zahn's 'Thrawn Trilogy'?"  While I love those stories, and I highly recommend reading them if you haven't yet, they'd be difficult to pull off given the age of the current cast.  I don't want to see a 70+ Harrison Ford as Han Solo still trying to continue his adventures.  I wouldn't be opposed to casting age-appropriate actors to take over the roles, but I can see how that might be hard to take for some fans.  As a matter of fact, this opens up the possibility of allowing me to play Han Solo, or any other new character they want to introduce.  I'm kidding, but not really.

The Thrawn Trilogy also introduced us to Mara Jade, a character Star Wars fans have loved and been hoping to see in some form outside of games or books.  If you're looking for a strong female character, look no further.  A former assassin known as "The Emperor's Hand", who then becomes a smuggler, and eventually a Jedi Master. 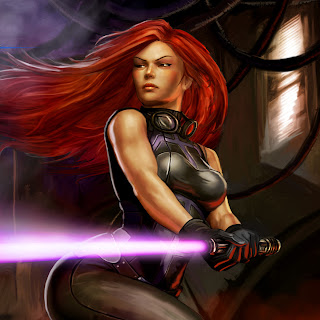 So much like the title of the very first Star Wars film, I feel like we get a chance to start over; a new hope, if you will.  This is a chance to redeem the franchise, and infuse some new thoughts and energy that it desperately needs.  It was killing me that that last time Star Wars was on the big screen was a converted 3D version of The Phantom Menace.  I'm very excited about this!  I think if you're a fan, you should be, too.

Oh, and since I'm in shameless plug mode, if you need to buy something on Amazon, please click through one of the links on my page here.  It takes you to Amazon like normal, and then I get a kickback if you purchase anything.  There's also a Donate button on the right if you'd just like to support me directly.